We flew to Denmark yesterday, and even though Axel has been on several overseas flights, this time was WAY different because he was old enough to get excited about riding the big airplane. 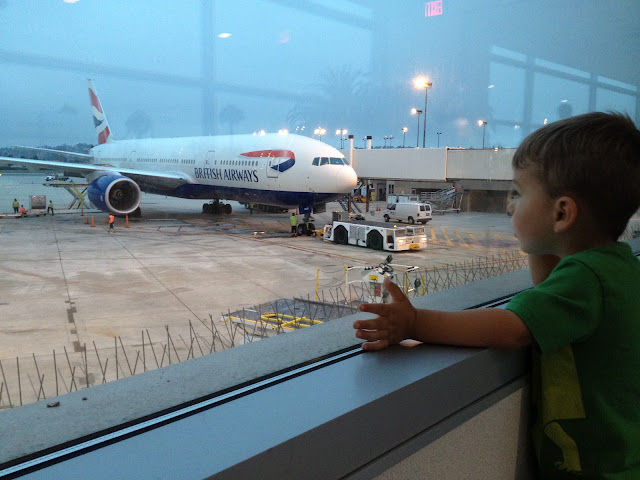 The first 11 hour flight to London was a breeze, because Axel was just so happy to be on an airplane and watching the in-flight movies. 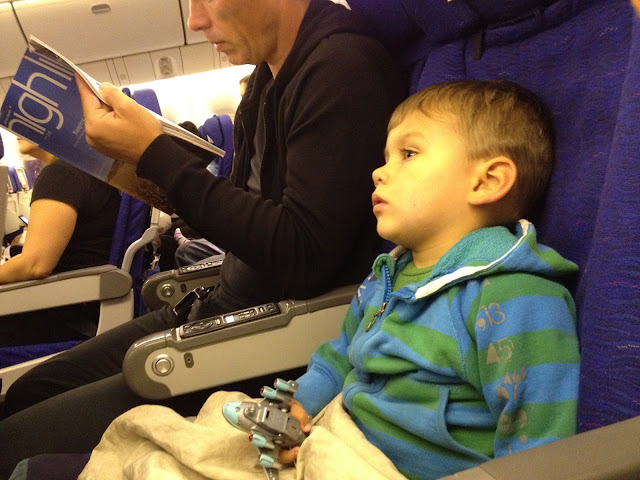 Here Axel is playing by the window with his little toy airplane, as you see it never leaves his hands 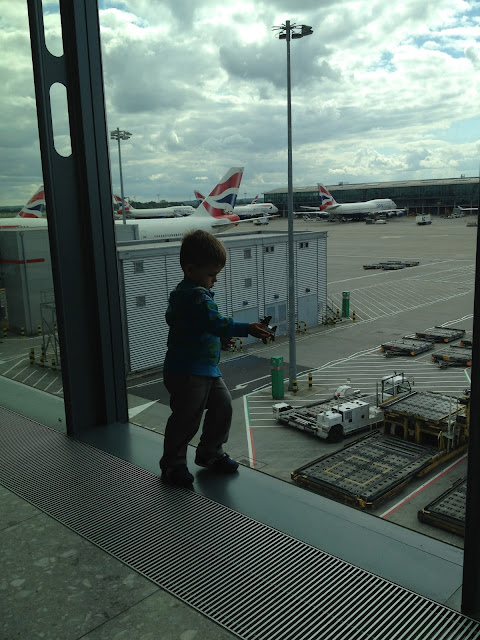 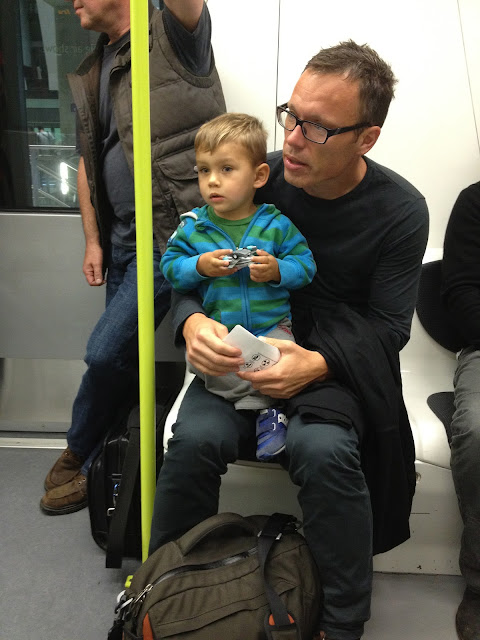 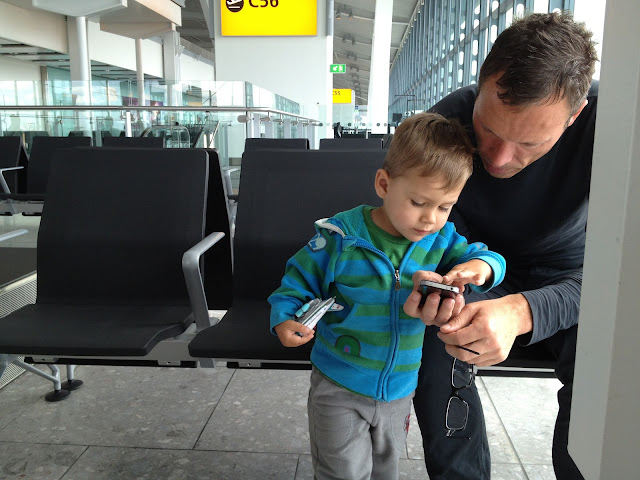 According to Axel the reason we needed a second plane was was because the first one was tired and needed to sleep and get food.  As he pointed out, some of the planes at the airport were sleeping, while others, like ours, were ready to go up in the sky. 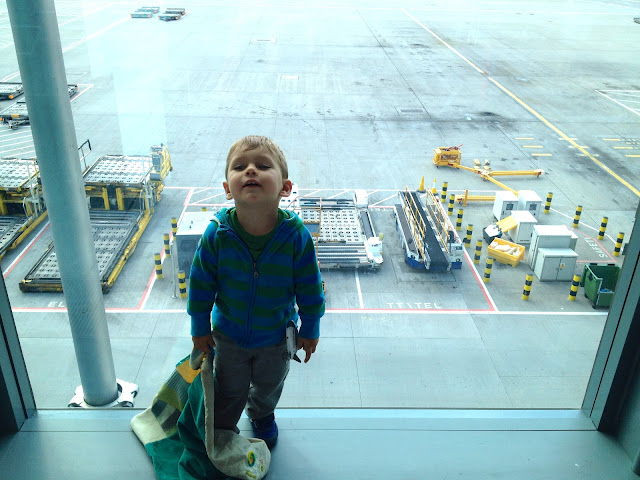