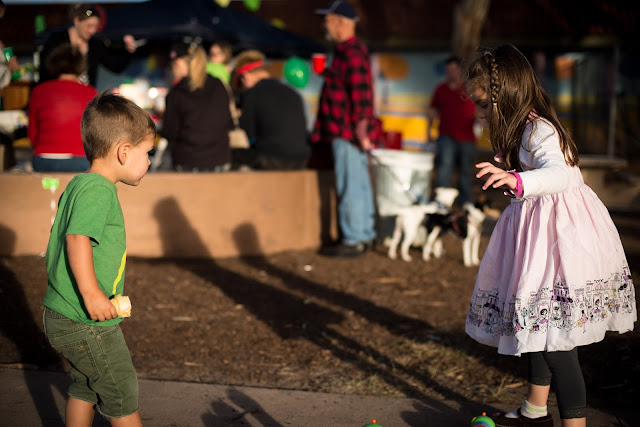 Mason takes off on the slide while Axel gets ready 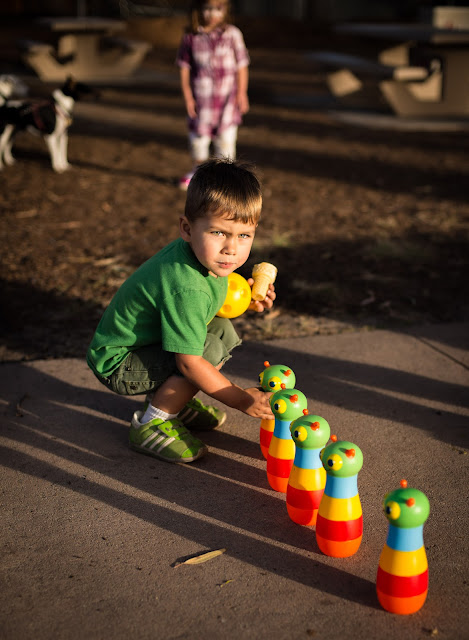 The birthday boy having his cake and eating it too 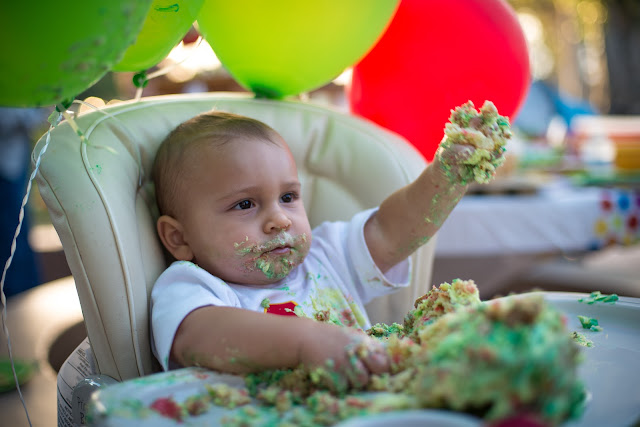 Axel ending the day with a cake pop 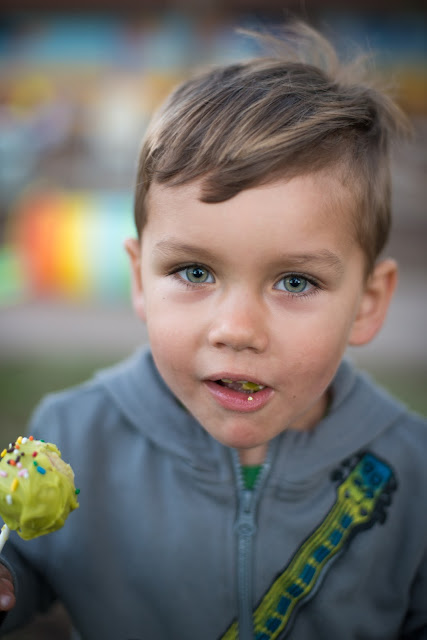 One of the most amazing things about being a two year old must be that your mind is blown by the wonders of the world pretty much every day. Today Axel discovered sushi. 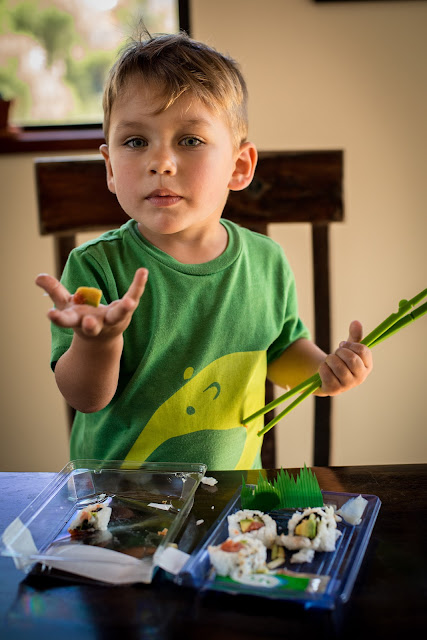 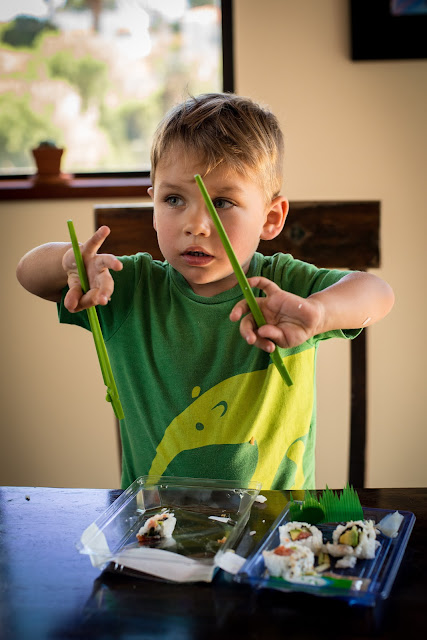 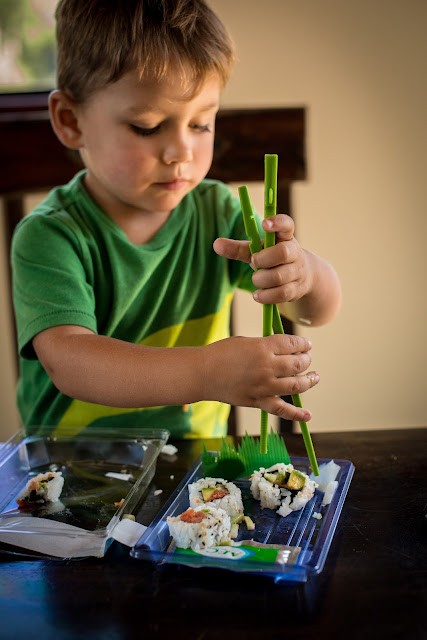 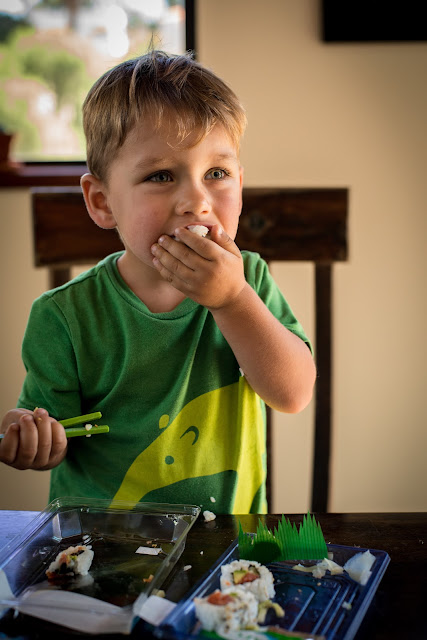 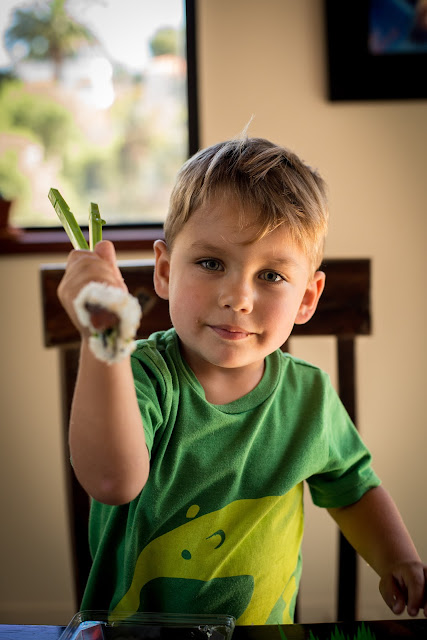 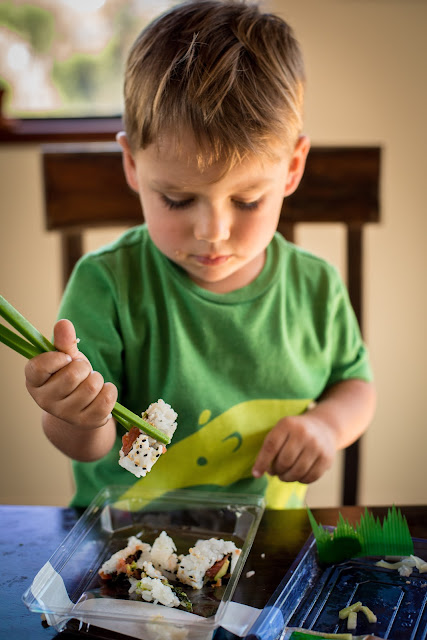 "All right - getting the hang of this now"
Posted by Karsten at 7:30 PM No comments: 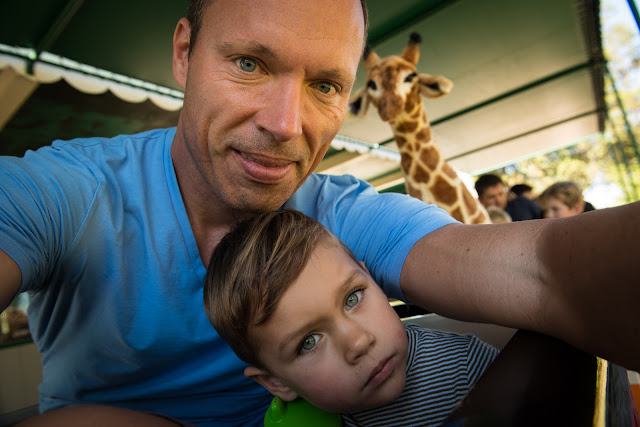 Posted by Karsten at 2:59 PM No comments:

I LOVE Halloween, and I love homemade costumes.  This year was tricky though, because Axel is in a special phase where he is unlikely to tolerate any costume that involves a hat, jacket, accessories, plastic material, or basically anything that is any different from his regular clothes.  So after some hard thought, I came up with a simple design idea for a tiger outfit.  I started sewing a few weeks in advance, and everything was going great, until about four days before Halloween when Axel announced that he was going to be Thomas the Train for Halloween (and Mommy was going to be Percy the Train, Thomas's best friend).  I was NOT happy about this announcement, and worried it might ruin our Halloween . . .

But in the end he allowed me to put him in the tiger costume with minimal battles, and he even showed off his long tail to his friends at preschool. 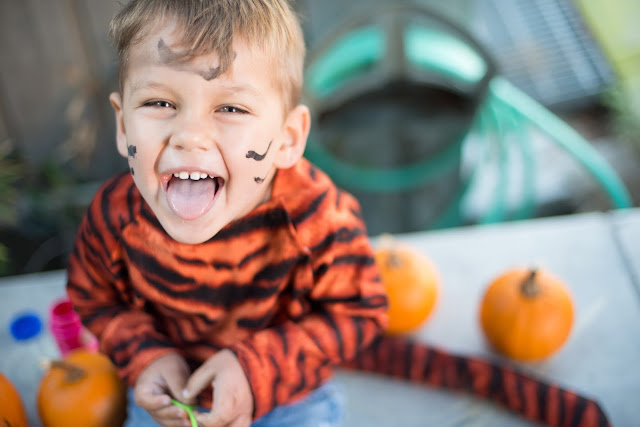 Here Axel sits with his jack-o-lantern: painted, not carved 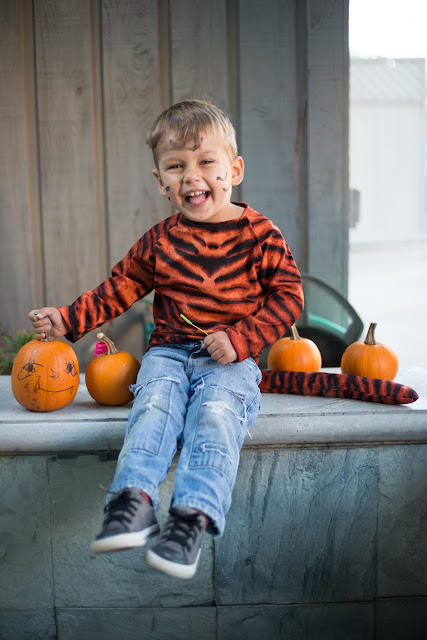 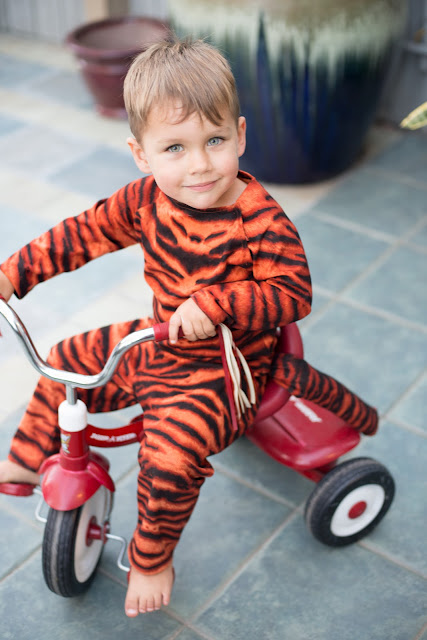 We threw a trick or treating party with all our friends: 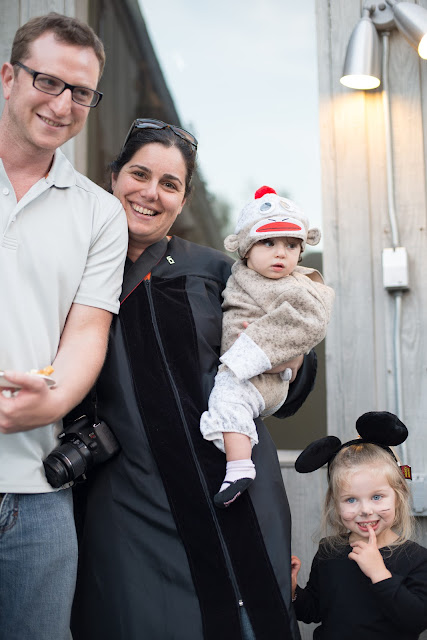 Genelle and Francisco dressed up as New Parents: Used and Abused, while Evaluz admires her handiwork . . . (best costume EVER!!!) 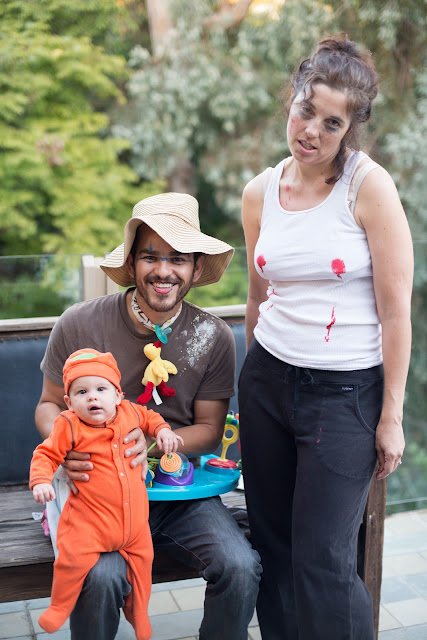 Me and my unicorn friend Ayelet: 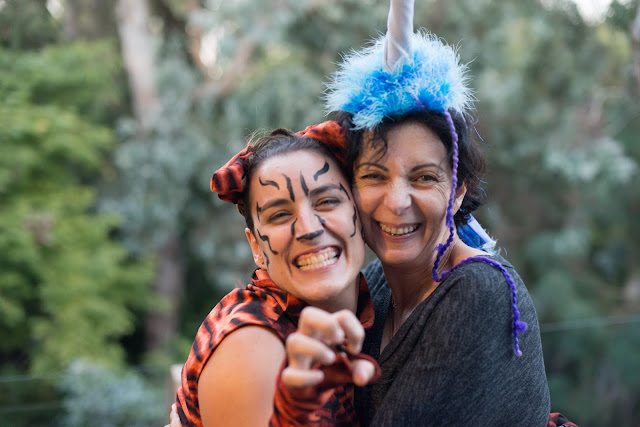 The kids posed for the camera in their costumes 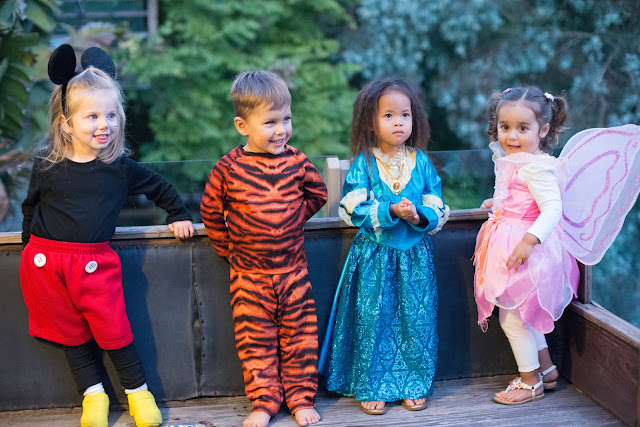 Me and my little tiger son ready to go out trick-or-treating: it was SO much fun, I had a blast with you! 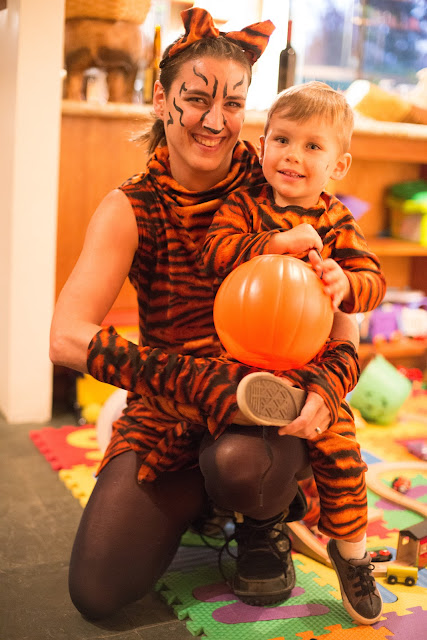 Posted by Karsten at 8:37 PM No comments: