The other night, our plans with friends were unexpectedly cancelled, so we decided to have a family movie night to entertain ourselves on the Memorial Day holiday.  All three of us cozied up to the TV together to watch the Disney movie Brave. . . 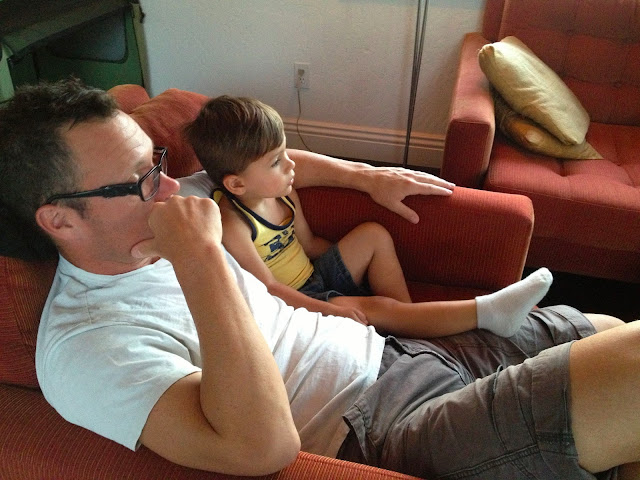 As soon as the movie ended, Axel burst into tears and cried repeatedly "I dont like that movie. It was too scary".  Karsten and I felt so bad as we comforted him, we had no idea that a movie made for kids could be so traumatic.  Then I realized the plot was about a girl accidentally turning her mother into a grizzly bear whom her father tried to kill - and nearly succeeded.  I suppose that could be stressful if you hadn't developed the adult ability to suspend reality.  Uh, so yeah, we learned our lesson.