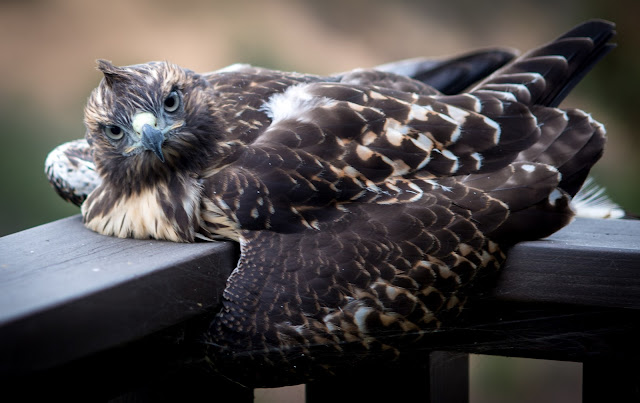 Our new house sits on a canyon. There is a hawk couple that has settled in the same canyon along with their gang of three baby hawks (btw - a baby hawk is apparently called an eyas - thank you Google). There is always lots of hawk activity near our house. For example, this week papa hawk dive bombed straight into our dining room window while I was eating breakfast. He was a bit wobbly for a couple of minutes afterwards but then took off like nothing had happened. Then this morning one of the baby hawks decided to chill on his belly on the balcony off my office. Apart from giving me the hawk stink eye, he didn't seem to mind me taking his portrait (photo above). Chovy and Axel joined in the fun until Luna decided that enough is enough with this bird stuff and chased him (or her - we have no idea) away. 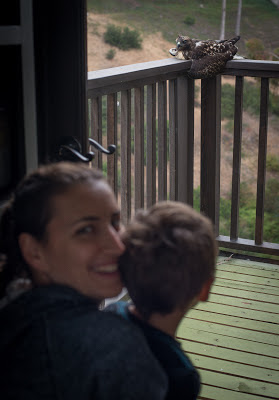