Last weekend we were at an event called Touch a Truck, where little kids get to sit inside real trucks and touch all the buttons and play with the steering wheel. 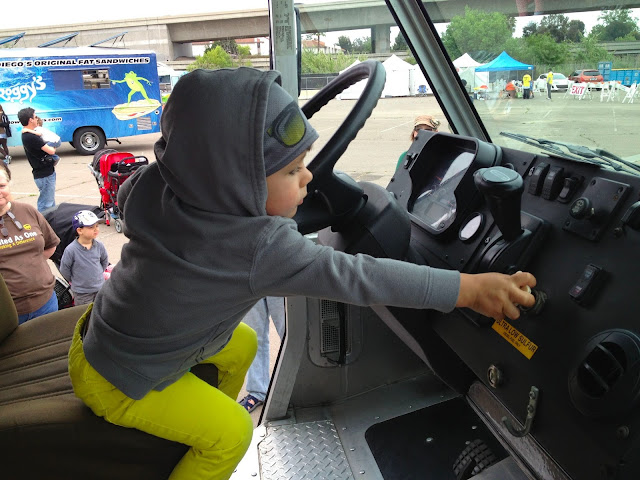 There were all sorts of vehicles, including the UPS truck 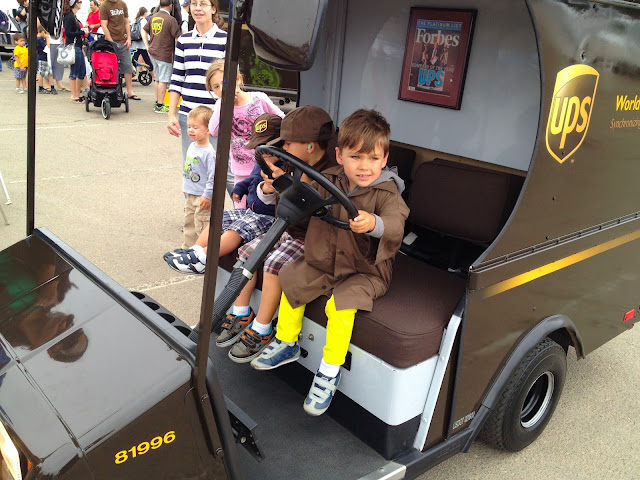 Probably the worst part of the event was that kids were allowed to honk the horns . . . though some would say that was the best part.


The climax was a show with Robosaurus breathing fire and demolishing a real car - yikes!  The crowd and the violence was a little too intense for Axel, which is just fine with me. 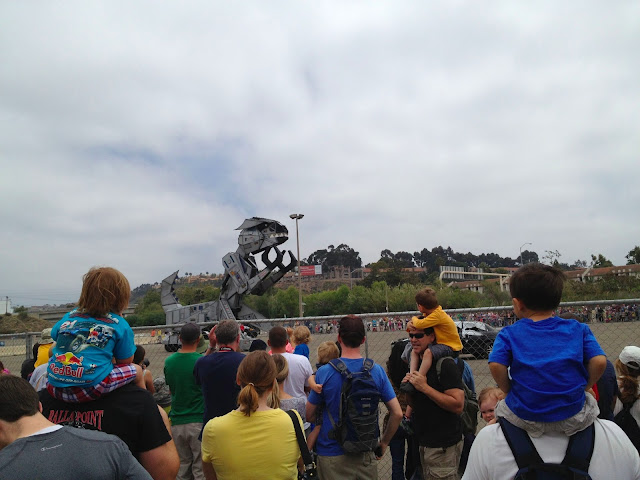