I love it that Axel and the neighbor kid play together outside on a random Tuesday afternoon.  Reminds me of the good old days when I used to be part of a little neighborhood gang of kids playing in the streets.  Nowadays it seems like we have too many "play dates" and kids never get that unstructured time to just "go play outside". 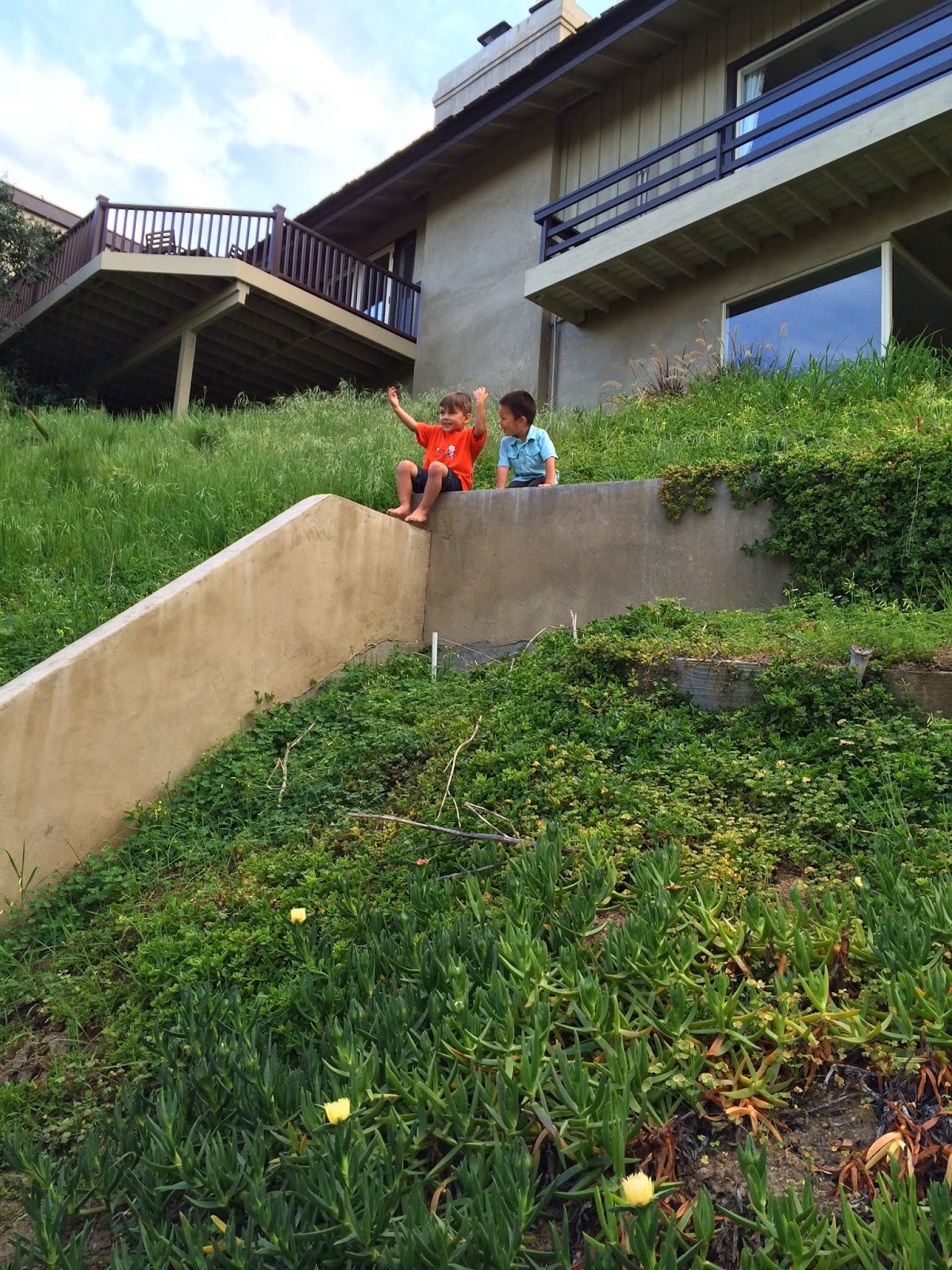 Then they slid down through the dirt, which was SO hilarious to them.
(but later he complained he got too much dirt in his underwear) 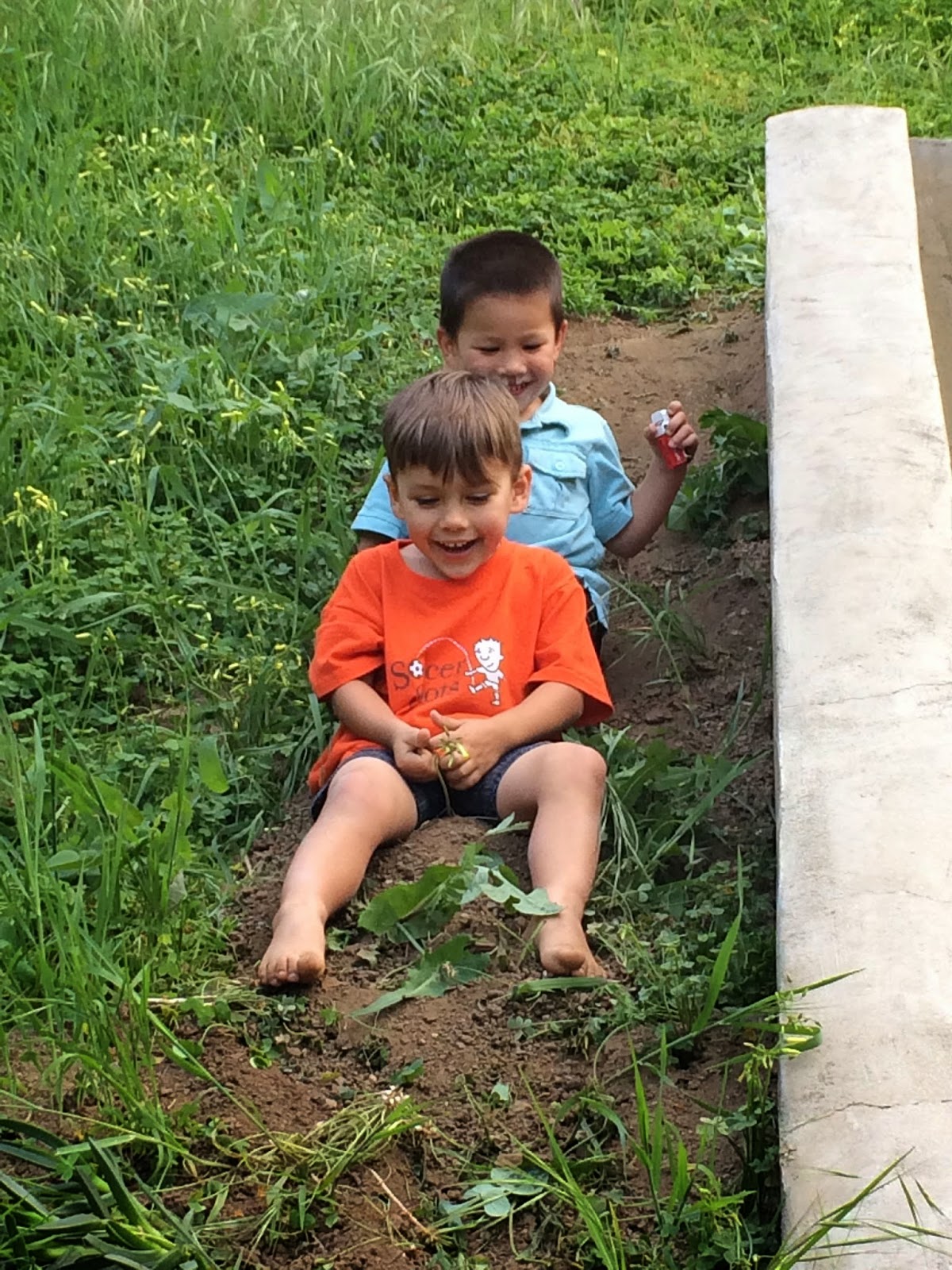