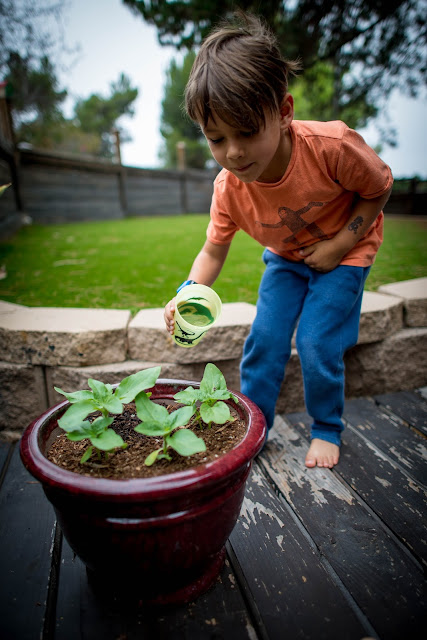 Axel has a new garden project: Growing sunflowers. After an early setback (due to prankster Luna eating two of the sprouts), there are now 5 sunflowers growing in the pot. Axel monitors their progress daily and makes sure they don't suffer too much in the California drought. 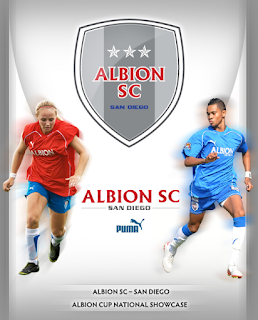 We have enrolled Axel in a new football club, Albion SC, which is located in our old neighborhood of Ocean Beach. This is an actual "real" club as opposed to some of the other we have had Axel enrolled in earlier. They have teams at all ages - including for (in Axel's words) "big boys" (high school aged kids). The coach is great with the kids and Axel was lucky enough to get on the same team as some of his friends from pre-school. 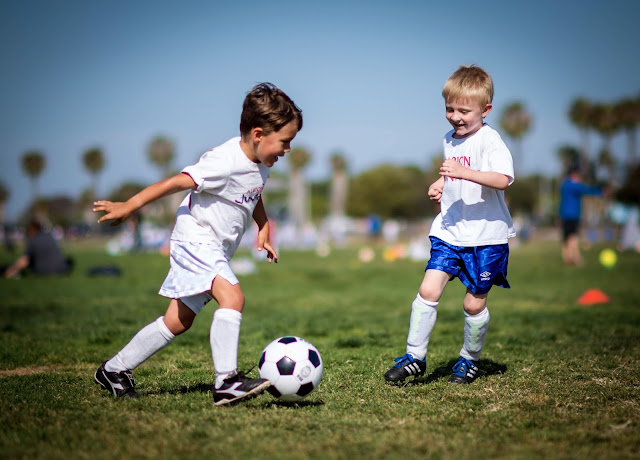 Axel's game has improved significantly since joining his new club. As a type of player he reminds of the French midfielder Frank Ribery - great at running and dribling. 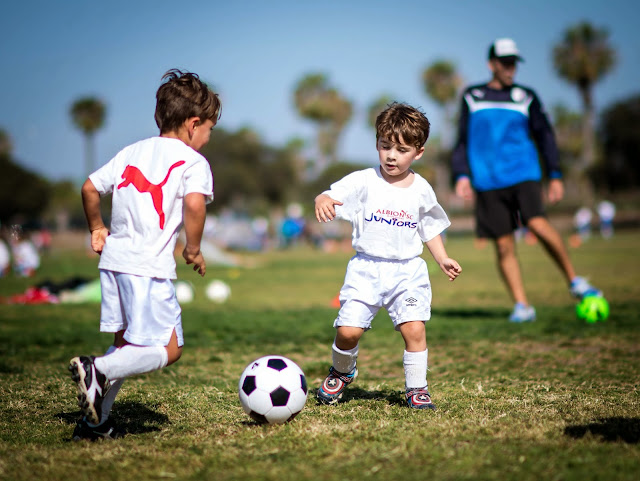 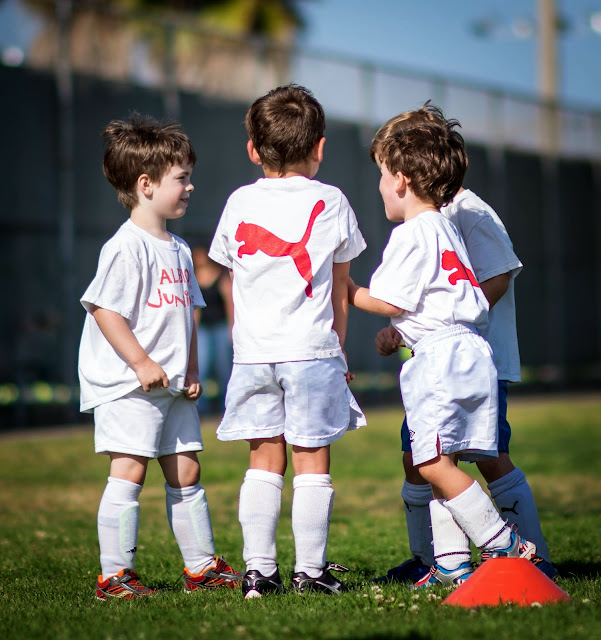 Axel (back to the camera) is one of the bigger guys on the team. He has still to learn how to take advantage of his physique - he is a little too timid and "nice guy" on the field. Then again - he's only 5 and I guess there is nothing wrong with being nice to your fellow players :) 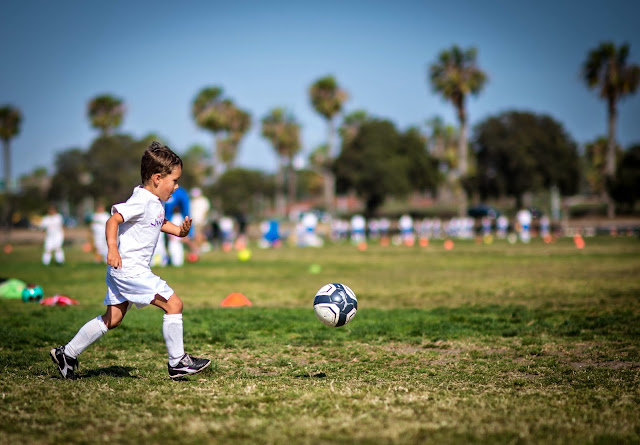 Sprinting towards the goal.....
Posted by Karsten at 2:31 PM No comments: