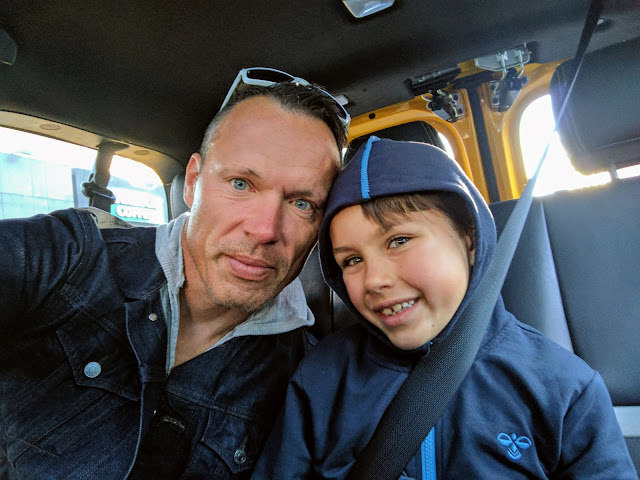 Axel and I took an extended weekend trip to New York. This was Axel's first trip to the Big Apple since he was a tiny toddler. 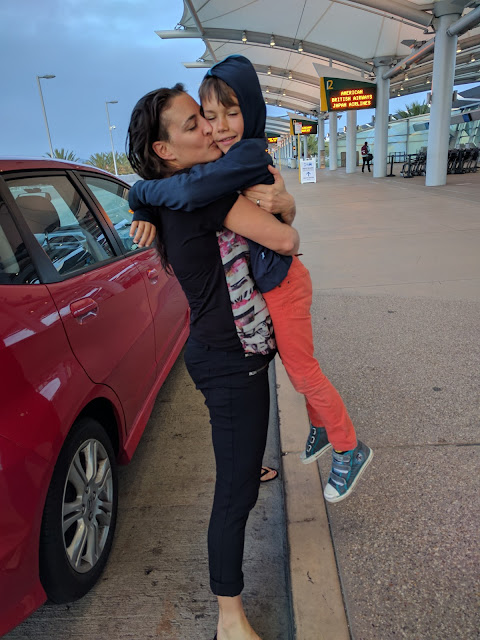 Saying goodbye to mom before the early Friday morning flight to JFK. 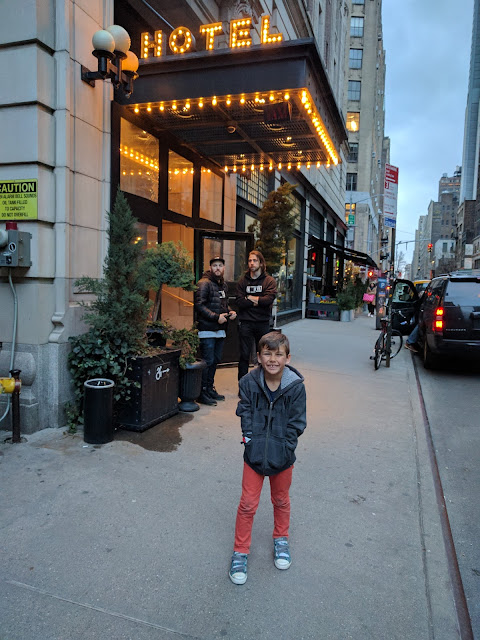 Arrived at our hotel in Manhattan. Hipster door men looking on in the back. 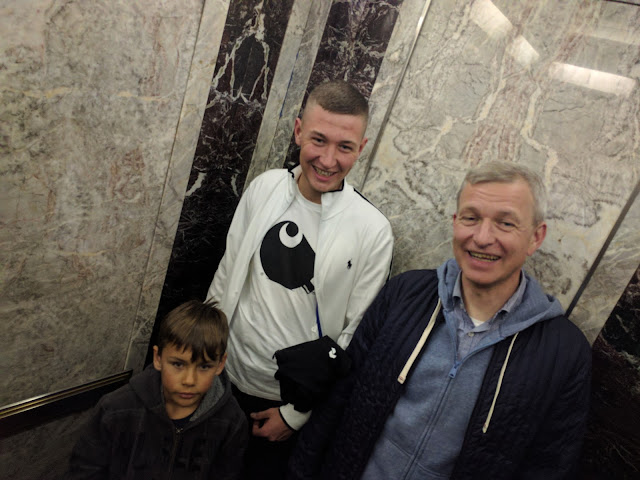 Claus,Helle, Anton and Matilde were visiting New York from Denmark. The first night we all went to the Empire State Building. 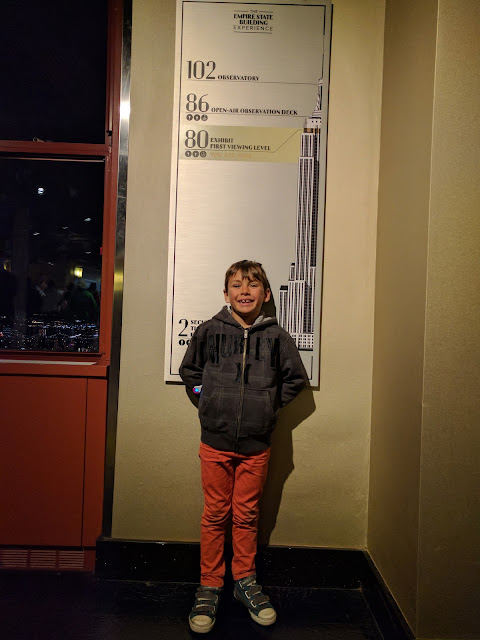 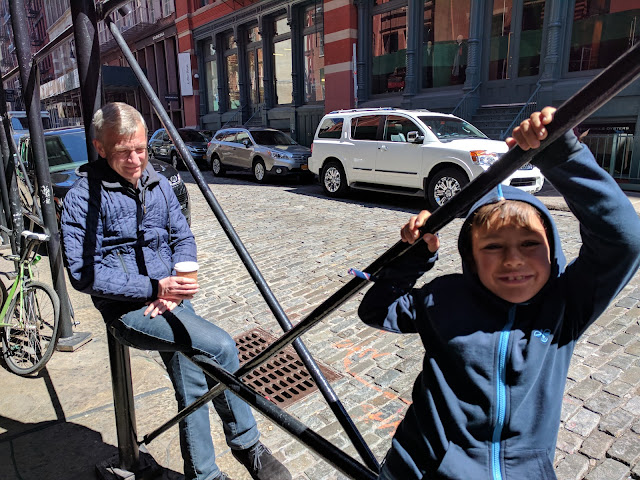 We went for a walk in Soho to find David Bowie's house..... 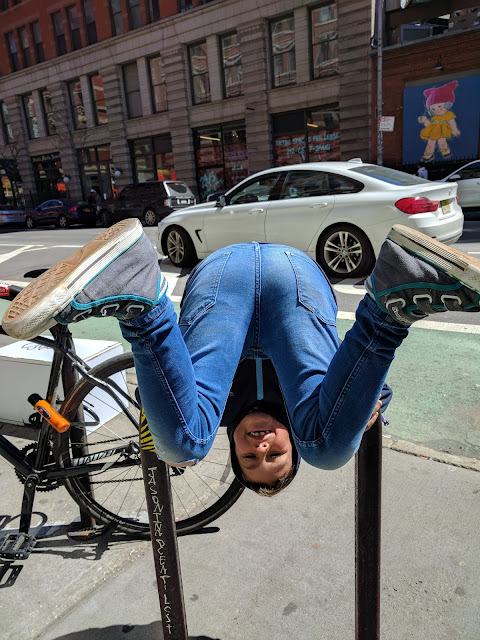 ..but Axel was more interested in practicing his parkour skills. 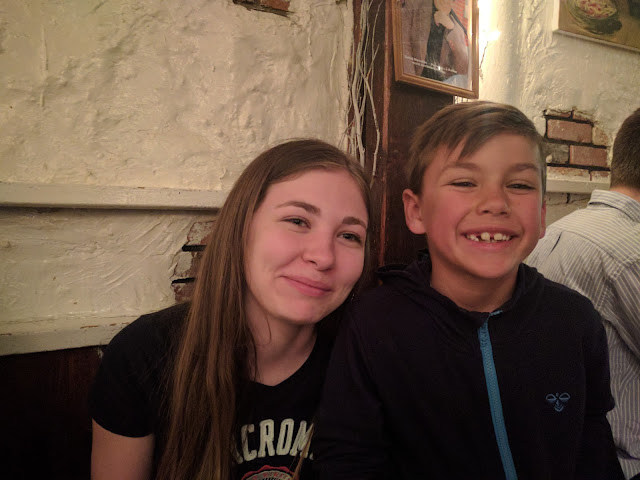 We finished the day with dinner in Little Italy. 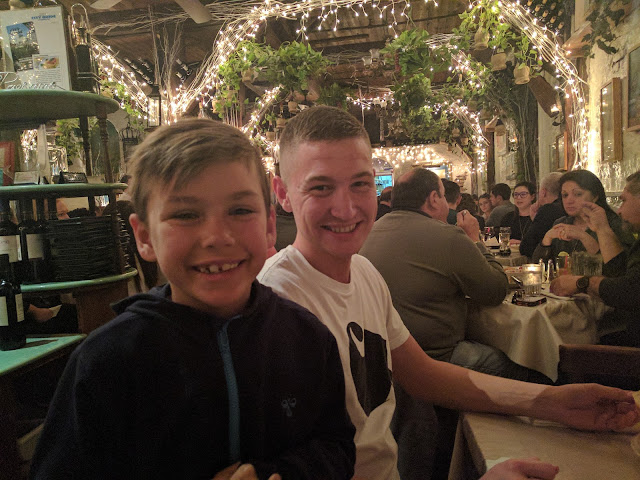 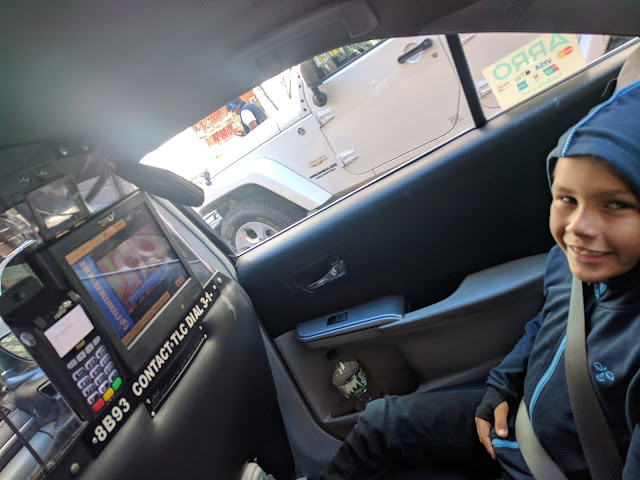 Axel thought that it was amazing that the yellow taxi cabs had tv in them.... 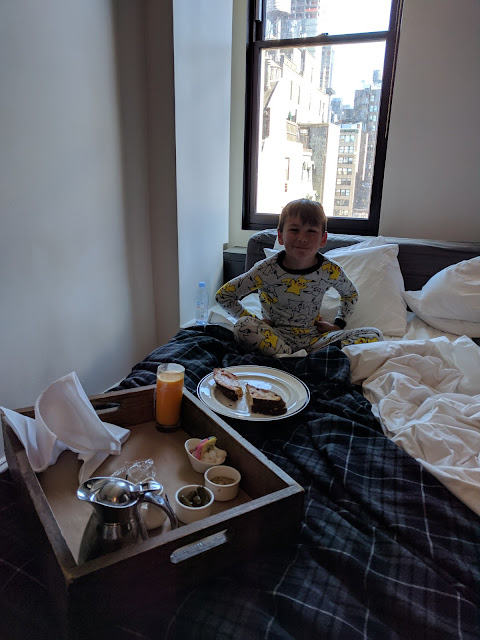 ..and was similarly astonished when introduced to the concept of "room service". 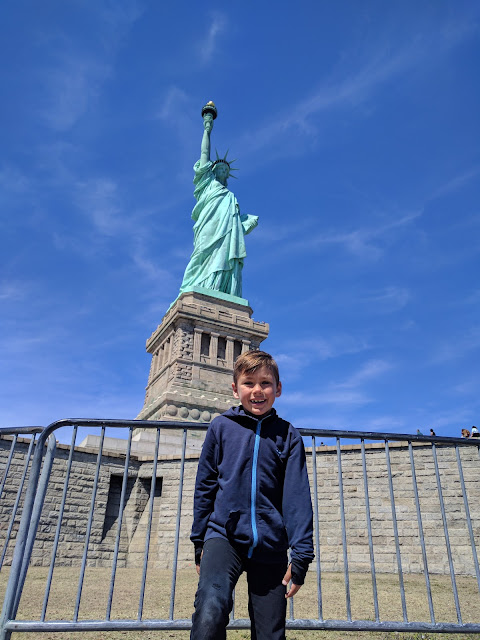 Of course we also had to see the Statue of Liberty. 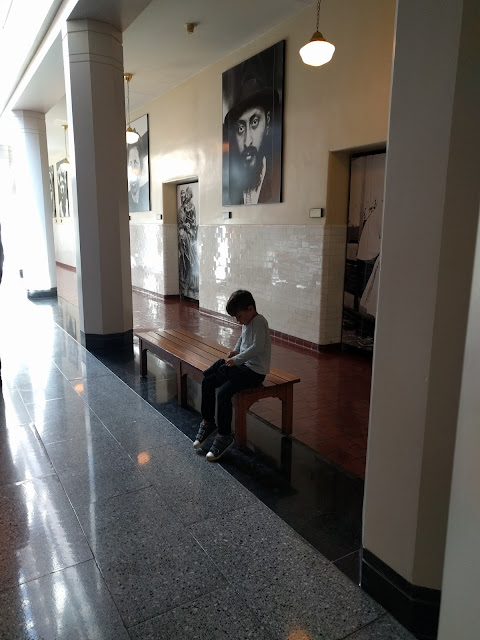 Like immigrants did in the past, we also walked the halls of Ellis Island. There were these really cool haunting portraits of immigrants from the early 1900s. I felt a close connection to them - you could read in their faces both the sadness of leaving their birth country behind and the hope of what their new life would bring. When I told him that I was an immigrant (of sorts) Axel refused to acknowledge it. I'm not really sure why. 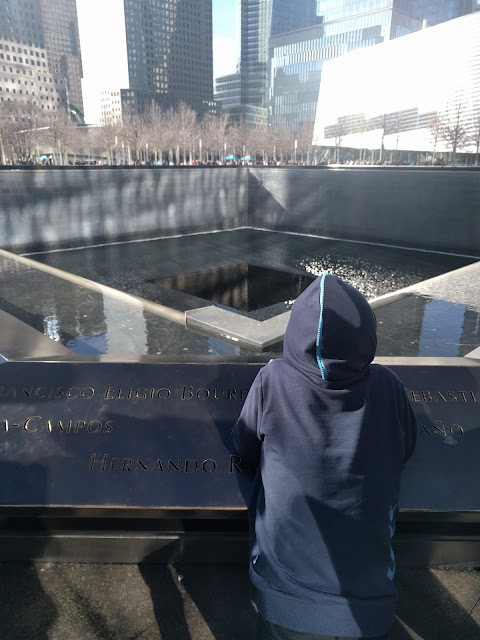 We stopped by the 9/11 memorial on the way home from Liberty Island. Axel, of course, had no concept of  Sept.11 but I did my best to explain to him why the memorial was built.This was my first time seeing it too. 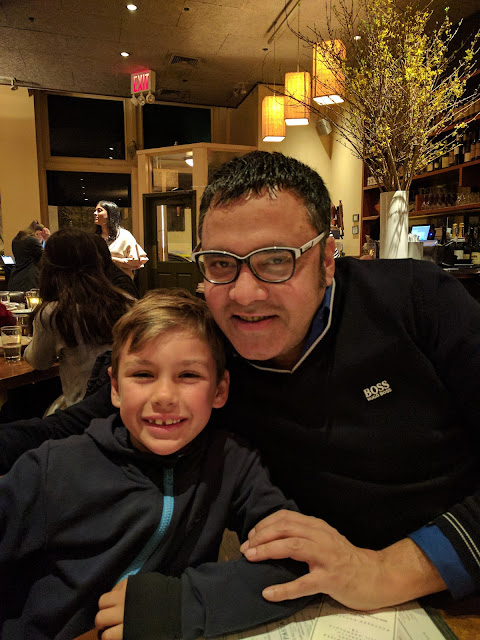 We ended a long day with a quick dinner with Vishal. 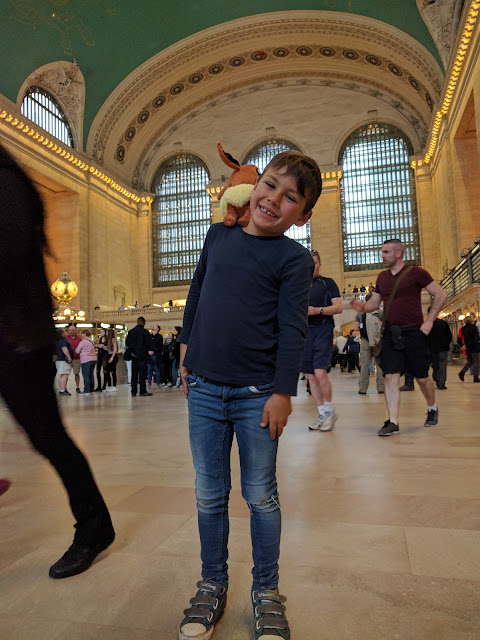 On our last day we went to Grand Central Station. Amazing building - and Axel bought a stuffed Pokemon. 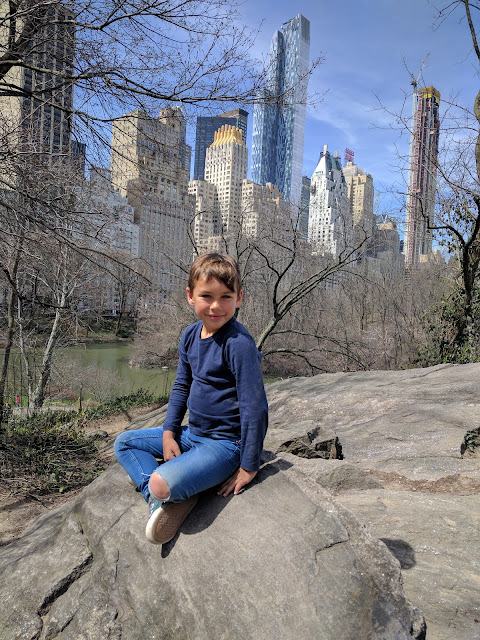 We stopped by Central Park before leaving for the airport. 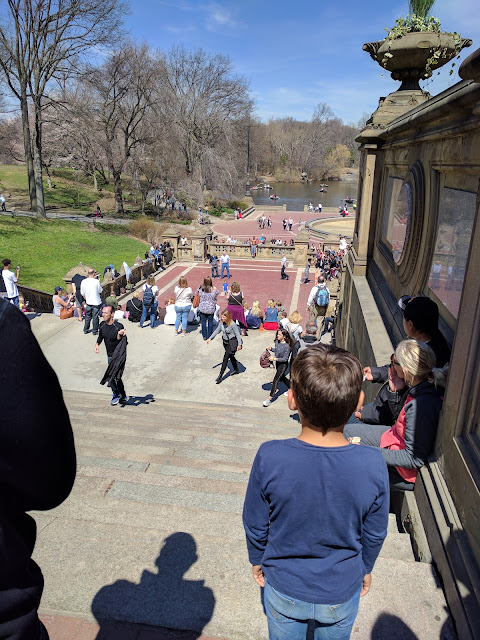 Posted by Karsten at 5:40 PM No comments: