We spent a day sightseeing in the city. First we got some breakfast at an open air market. I had a tostata with pickled pig feet - which I will not be ordering again (one of the few things I ate in Mexico City that was not completely mouthwatering delicious). 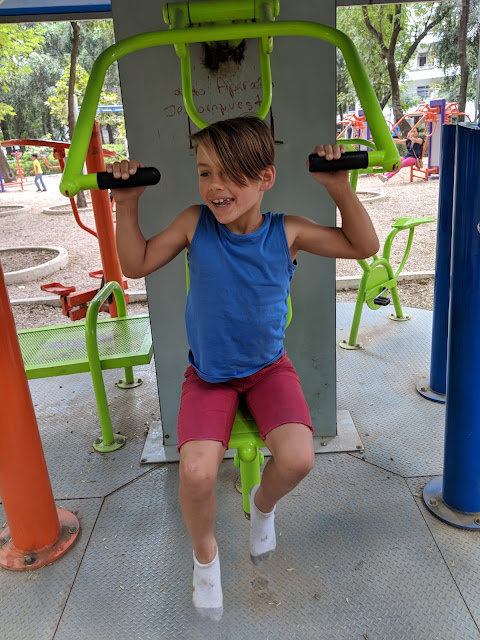 Axel working on his form at a local park (the parks in Mexico City are pretty amazing, by the way). 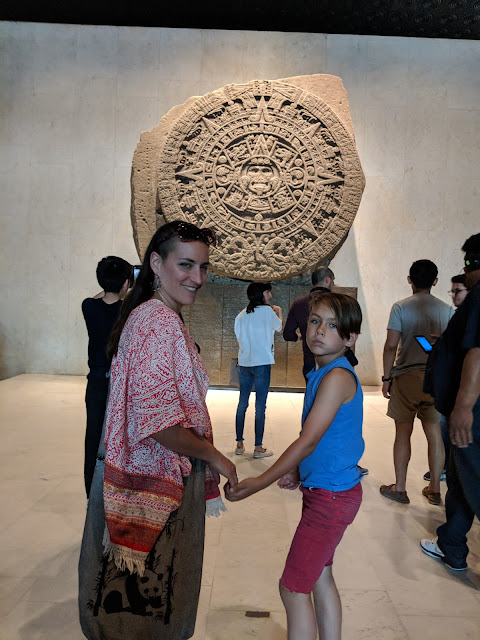 We went to National Museum of Anthropology and saw many of the historical artifacts found in Mexico. 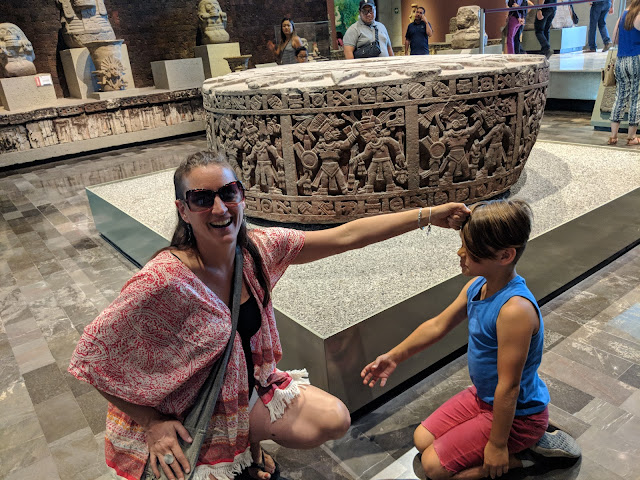 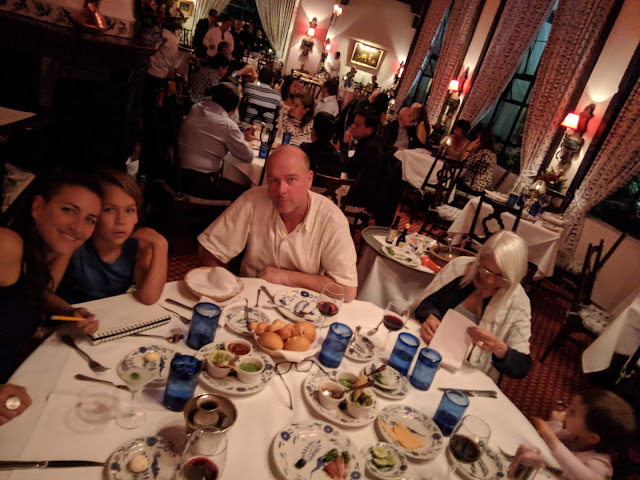 We finished the day with a dinner at a fantastic restaurant (I have forgotten the name which is unfortunate because I would love to go back - it is in the south end of the city). We were joined by fellow Scandinavian Anders (Ray's colleague). 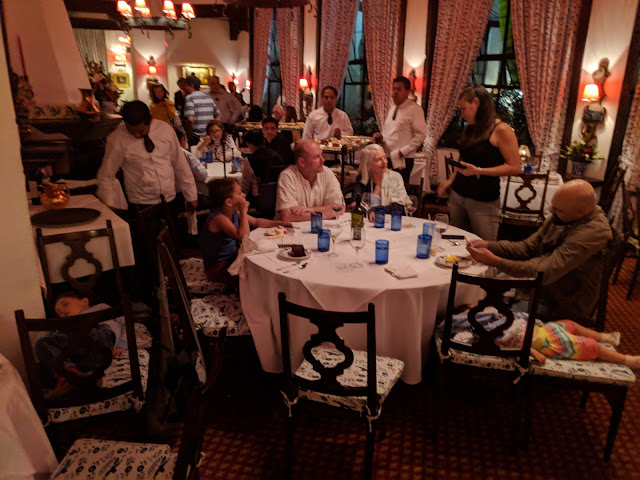 It got a little late so the small kids went to "bed". 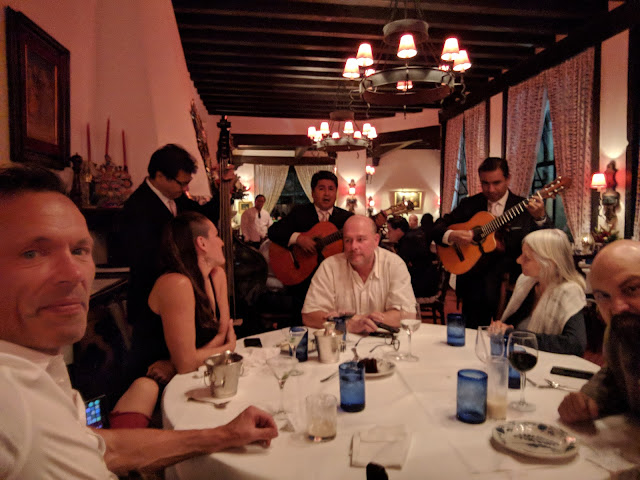 At this point we were all a little drunk (some more than others...)
Posted by Karsten at 3:25 PM