One of the must-see attractions of Mexico City are the pyramids of Teotihuacan (it took me about two days to pronounce that location correctly - not being helped by the fact that the locals pronounce it the same way they do everything else, i.e., at 100 mph). It is about a one hour drive outside the city. 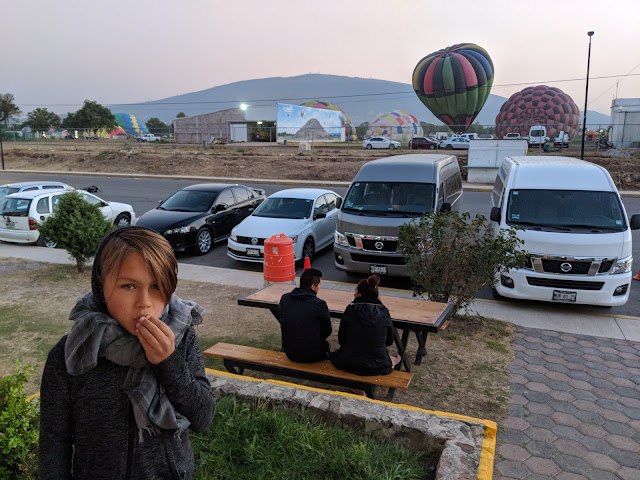 We started with a sunrise flyover of the pyramids in hot air balloons. Absolutely stunning. 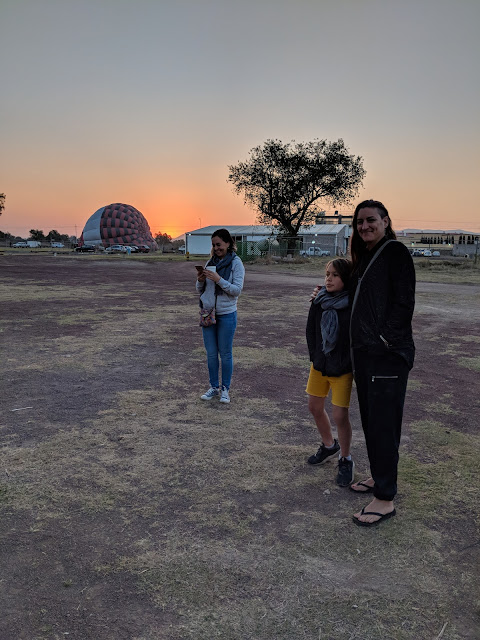 Ray stayed at the hotel while the rest of us got up early. 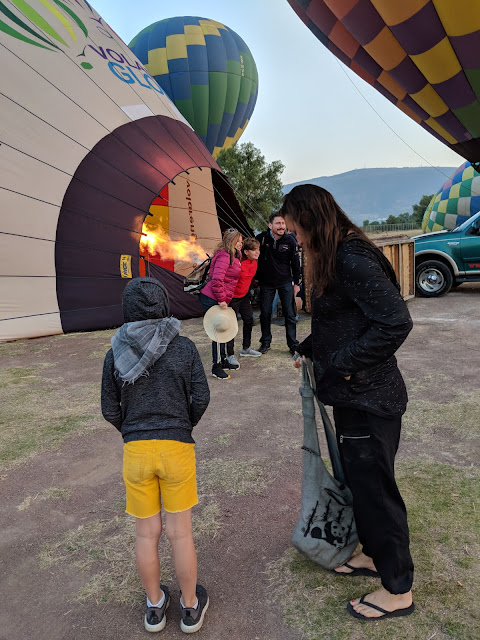 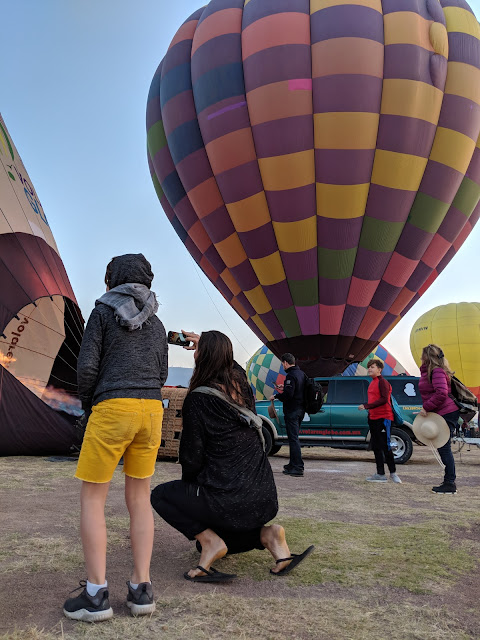 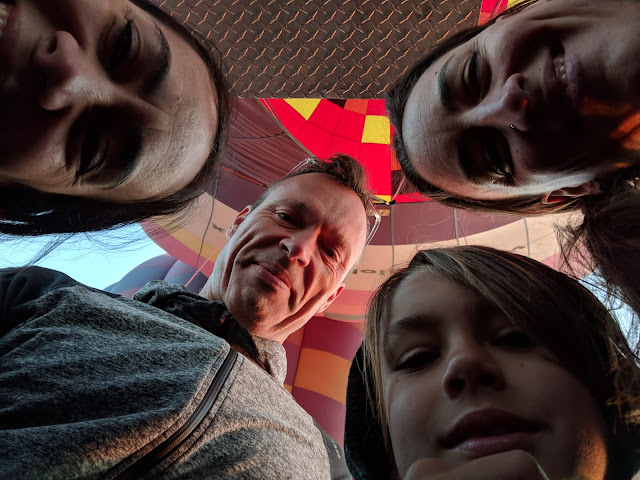 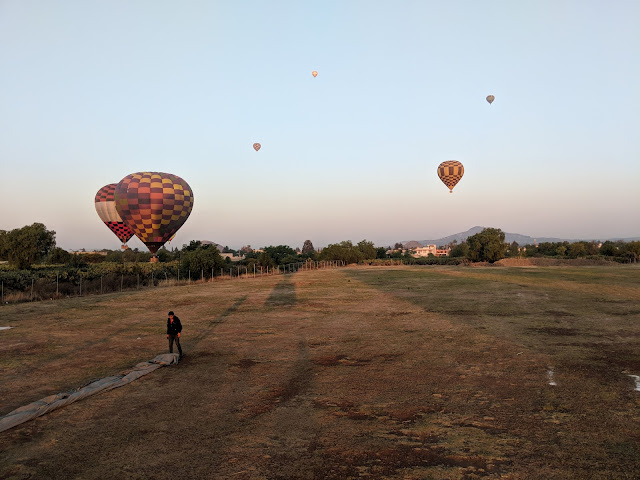 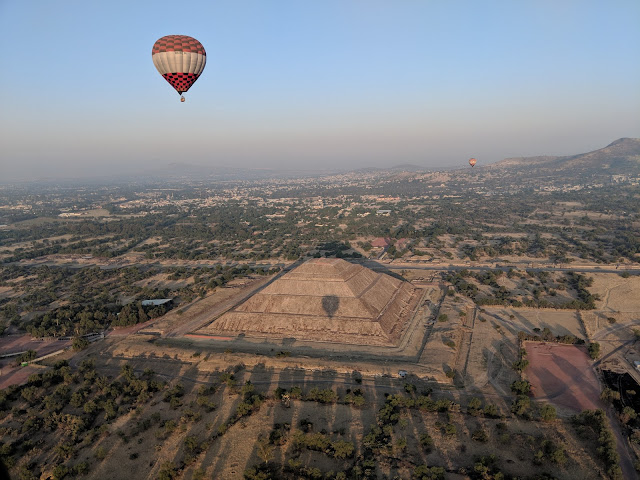 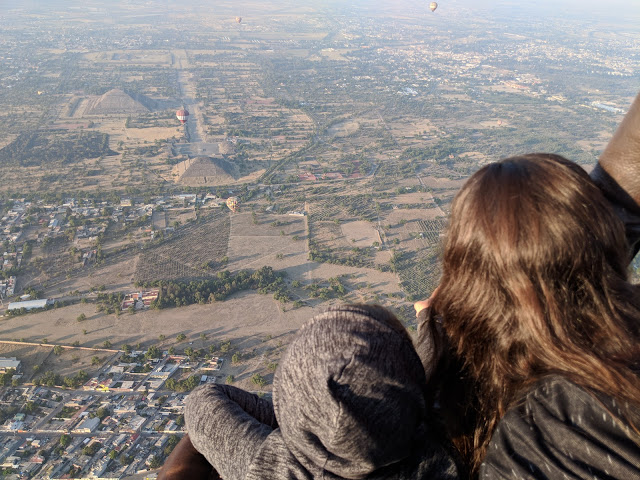 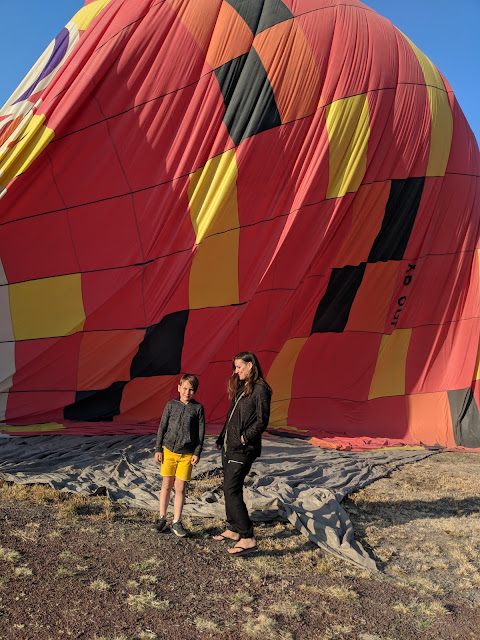 We were all wondering how they navigated the balloons - we never really found out (my Spanish was certainly not enough for this task - to put it mildly). The best explanation was something about wind directions at different altitudes. But there must be some limitations to how much you can fly back and forth since in the end we landed near a cactus field and had to be driven back by car. 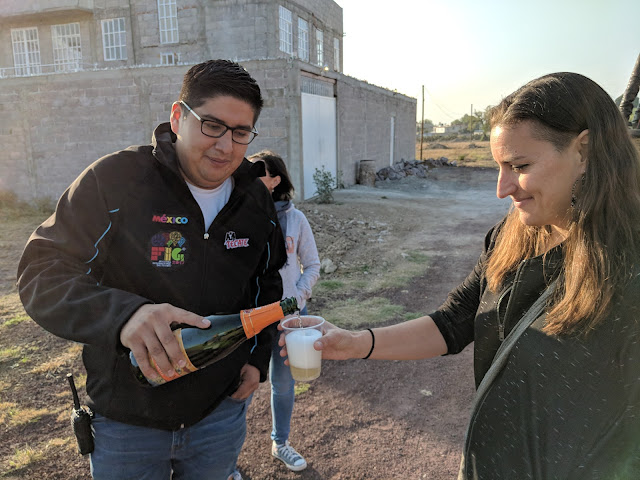 Apparently it is tradition to end a hot air balloon trip with Champagne - and who are we to question tradition? 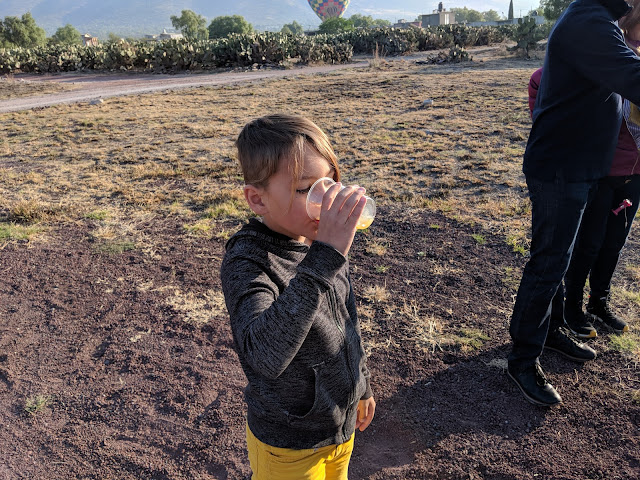 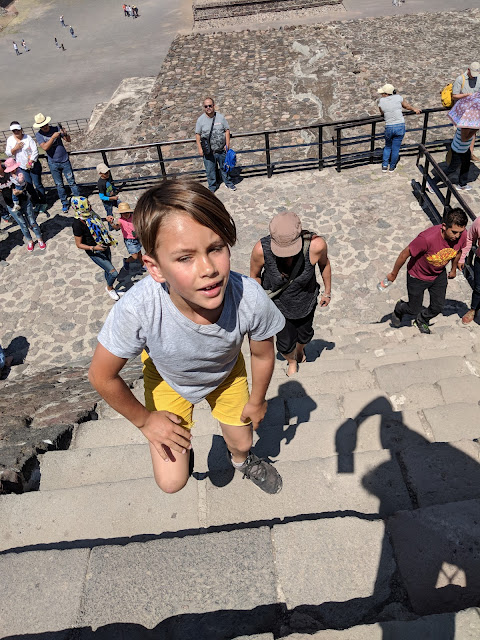 Next we got to climb the pyramids. It was amazing but also extremely hot. The main pyramids are Pyramid of the Sun and Pyramid of the Moon. Interestingly, no one knows who actually built them (but they were built around 200 a.d.). 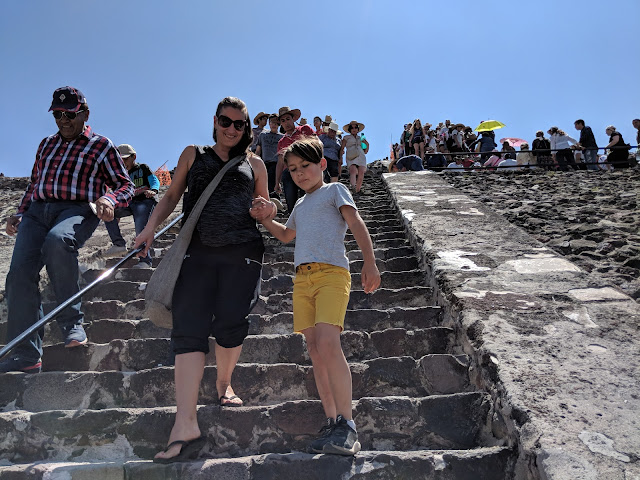 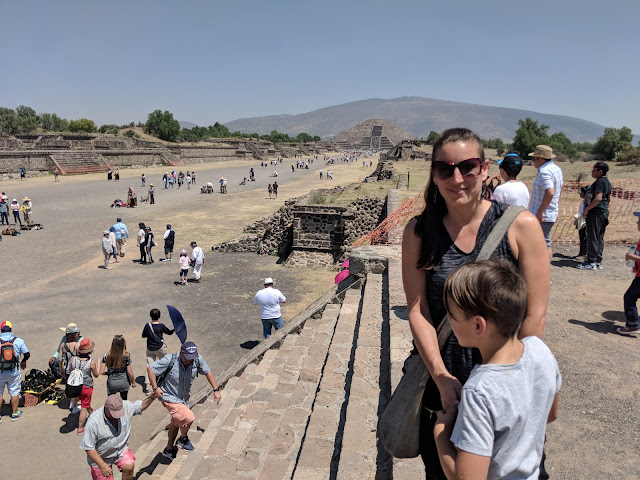 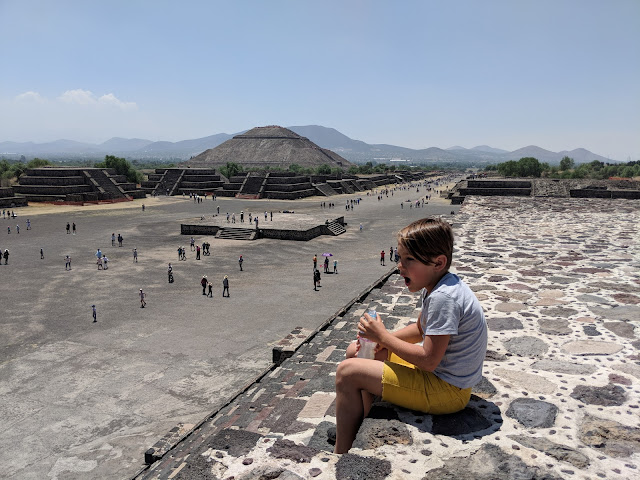 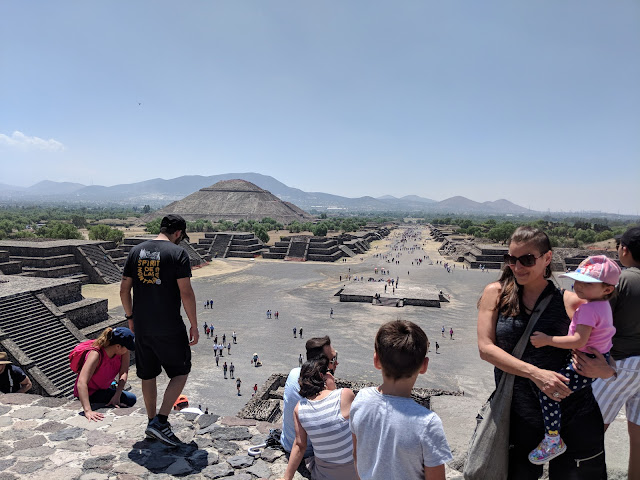 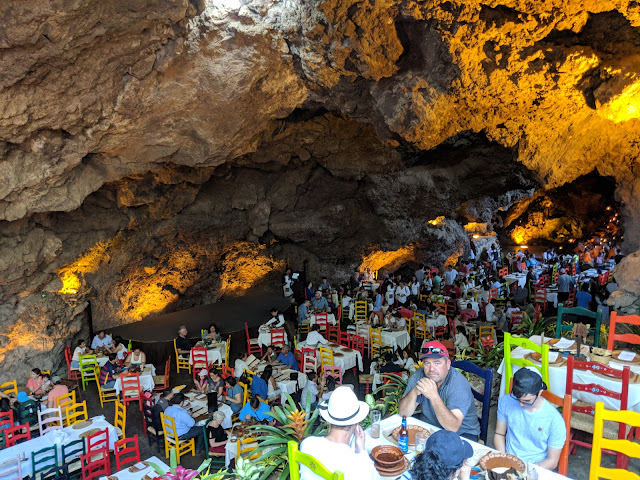 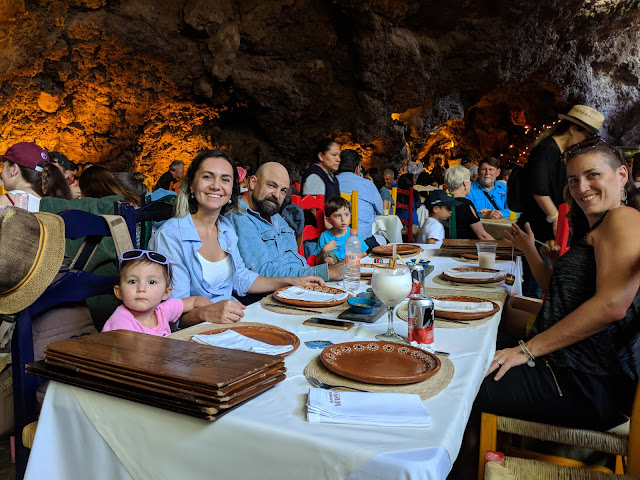 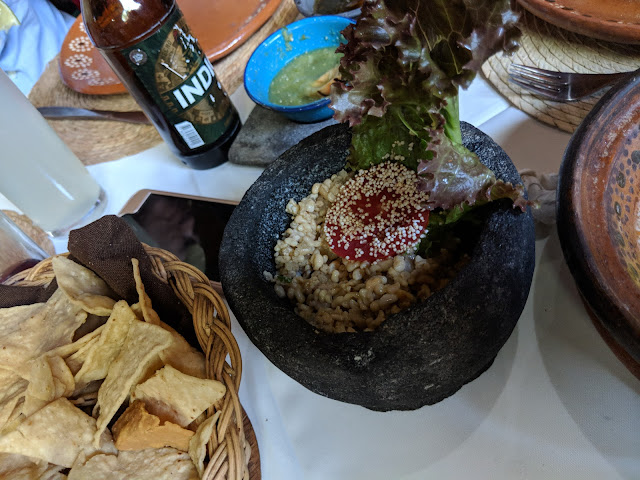 This is one of my new favorite Mexican delicacies - escamoles - which are ant eggs. This sounds spectacularly disgusting but it is just one of those things you have to try. It pairs really well with guacamole and had a rich earthy flavor.