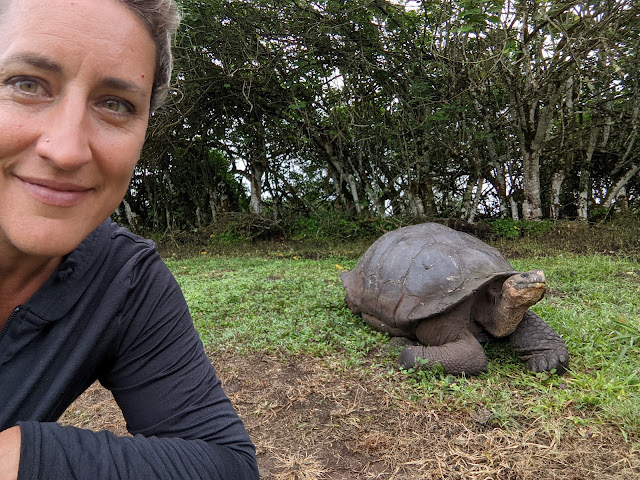 Galapagos Islands is named after the Spanish word "saddle" which describes the shape of the tortoise's shell. 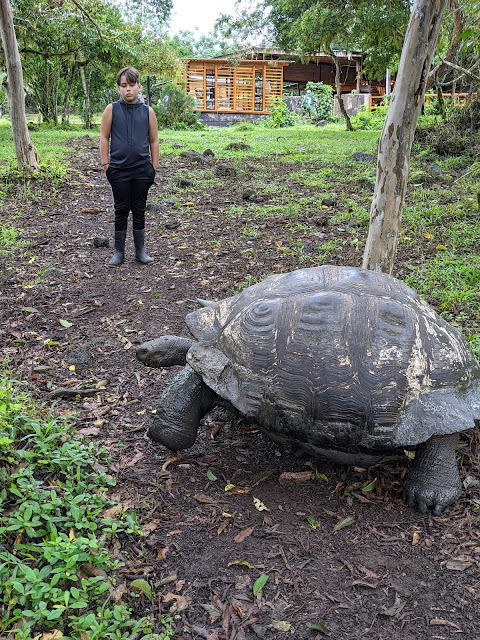 Some of these guys were HUGE, over 500 pounds and living over 100 years.
The tortoises are endangered so they have a nursery to repopulate them 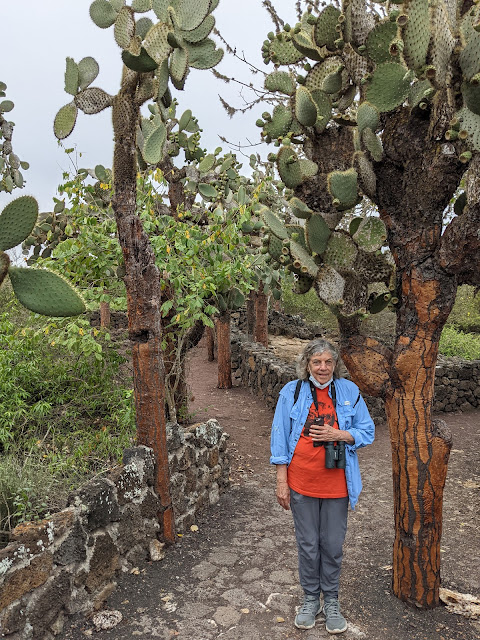 The Galapagos cactus and tortoise both adapted to each other, demonstrating Darwin's adaptation of species.  The cacti began growing their leaves higher, underneath a tree-like "trunk" so the turtles can't reach them.  Meanwhile the turtles begin developing a curl on the top of their shells to allow for their necks to reach higher up to the cacti plants. It's a race for evolution! 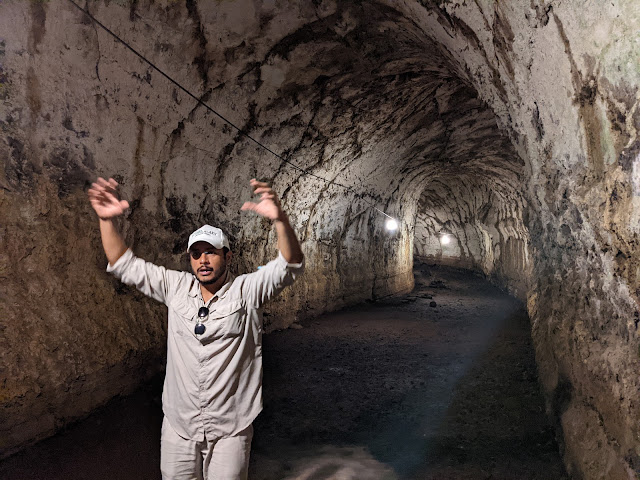 Visiting a "lava tunnel" cave made entirely by natural forces 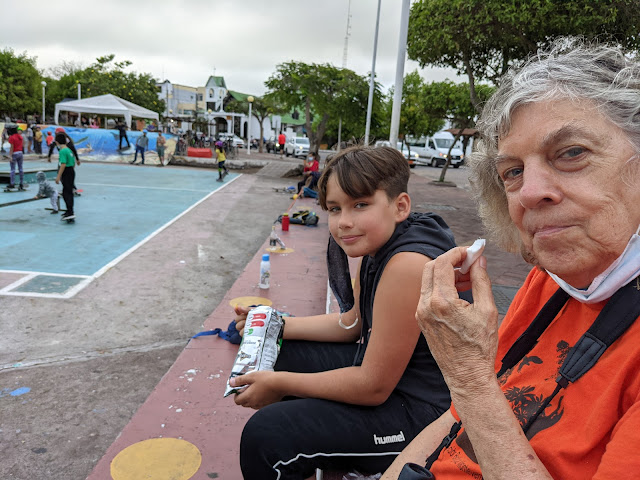 Later in the city we watched the local kids at the skate park.  Axel got inspired to brush up on his skateboarding skills. 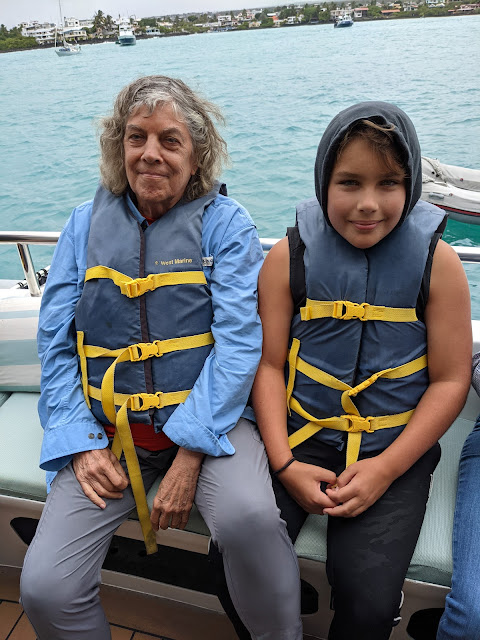 Grandma messing with Axel's legs to tease him!  This afternoon snorkel allowed us to see sea turtles and sharks, among many other beautiful fish.  My favorite part was watching the sea turtle slowly poke its head above the water then return back to its relaxed mellow way of swimming.  Its so beautiful to follow  a sea turtle swimming, those creatures are so chill!
Posted by Chovy at 5:28 PM